Way back when automobiles first became common, states created highway publications to alert drivers to the paved roads within their road systems. Arizona Highways Magazine  was first published in 1925 by the engineers of the state highway department and has gone on to become a hugely popular magazine world-wide. It showcases everything from the most scenic drives, not-to-be missed hikes, the best Arizona photographs to the best wildflower viewing sites. If you haven’t seen it, click the link above and browse through the site. For many of us who grew up in Arizona in the 1950s, a prized family collection of Arizona Highways Magazines was the centerpiece of the living room bookshelf.

Freeways and stacked interchanges: yes, we have them. But Arizona has done a lot to create freeway art that is symbolic of our state.

Freeway art near Sky Harbor Airport, Phoenix, via A View from Above Blogspot.com

In my family growing up, a Sunday drive was fine entertainment.  Our 1950 Pontiac covered many miles crisscrossing southeastern Arizona,

and we never flinched at a bumpy dirt road. I still like to do that. 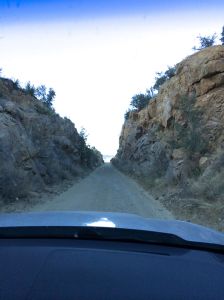 Not all paved Arizona roads are divided highways and many of the two lane roads lead to spectacular places.

Northern Arizona on the Navajo Reservation 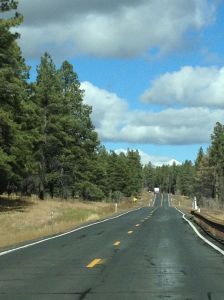 Highway 89 between Sedona and Flagstaff

And finally, there are always road signs. 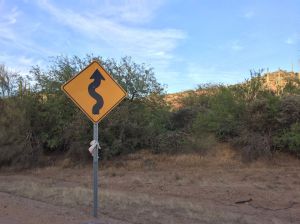 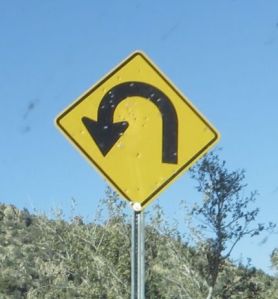 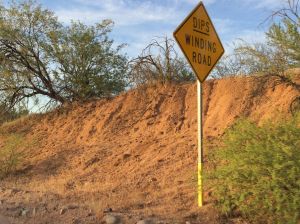